I’ve always had prob­lems under­stand­ing the con­cept of the Trinity.  From the peo­ple I’ve talked to, it seems to me that I’m not the only one.  One God, but three parts?  Doesn’t make sense at first, and even after it does, it’s hard to fig­ure out the divi­sion between the three.  (Perhaps there is no real divi­sion, but if that’s the case, why do we try to do it anyway?)

So any­way, my wife and I were hav­ing a con­ver­sa­tion the oth­er night, and we came upon the top­ic of the Trinity.  We both expressed, in our own ways, our com­plete lack of under­stand­ing for it.  Then my wife said some­thing that made me think: “…we wor­ship, and from that we get belief and under­stand­ing…”  It all clicked into place for me after that:

The Father = Worship
The Son = Understanding
The Holy Spirit = Faith/​Belief

(I actu­al­ly orig­i­nal­ly flipped belief and under­stand­ing, but after a momen­t’s thought, real­ized my error.)

Let me try to explain, though I am no theologian:

But an hour is com­ing, and now is, when the true wor­shipers will wor­ship the Father in spir­it and truth; for such peo­ple the Father seeks to be His wor­shipers. — John 4:23

From the first days after God cre­at­ed Adam, man has been taught to wor­ship and respect the Lord.  In the Old Testament, the Son and the Holy Ghost are only allud­ed to.  The sto­ries speak of obe­di­ence (and the con­se­quences of dis­obe­di­ence), and to a less­er extent, love of God.  The peo­ple in these sto­ries are in many cas­es shown to have great dif­fi­cul­ty with both of these fac­tors, so wor­ship is the way that they were able to keep their spir­its on track, or get them back to where they were meant to be.

Then He opened their minds to under­stand the Scriptures, and He said to them, “Thus it is writ­ten, that the Christ would suf­fer and rise again from the dead the third day, and that repen­tance for for­give­ness of sins would be pro­claimed in His name to all the nations, begin­ning from Jerusalem. — Luke 24:45–47

A preach­er once said in one of his ser­mons: “The Old Testament is the New Testament con­cealed, and the New Testament is the Old Testament revealed.”   These words still res­onate with­in me, and as I explore my rela­tion­ship with God, Jesus, and the Bible, I have been com­ing to under­stand the mean­ing of these words.  The pas­sage from Luke 24, above, is the bib­li­cal ver­sion of this state­ment, I believe.  Through Jesus, we have been giv­en the capa­bil­i­ty to tru­ly under­stand God’s awe­some power.

The Holy Spirit embod­ies all of the good­ness in the Lord.  He does not expect wor­ship, nor under­stand­ing.  He mere­ly facil­i­tates those things that help a believ­er con­tin­ue to believe, and guide a non-believ­er to the right­eous path.  After all, it was the Holy Spirit that came to Mary to bring Jesus into our world, sav­ing us all.  The “impos­si­ble” act of impreg­nat­ing a vir­gin woman is the first of many (that I could find) of the won­drous things the Holy Spirit can do for us.  How can we not believe?  Each of us have been giv­en gifts from the Holy Spirit, if we have been open to them.  I, per­son­al­ly, am only begin­ning to real­ize what was giv­en to me.

What do you think on these mat­ters?  I would love to hear your comments.

Have a blessed day!

One Reply to “What is the Trinity, anyway?” 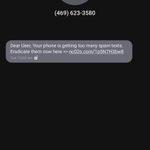